Back
Via Romagna by e-bike: between villages, vineyards, fortresses, and castles 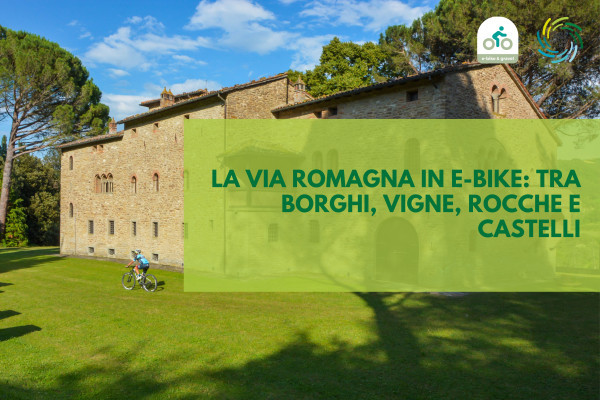 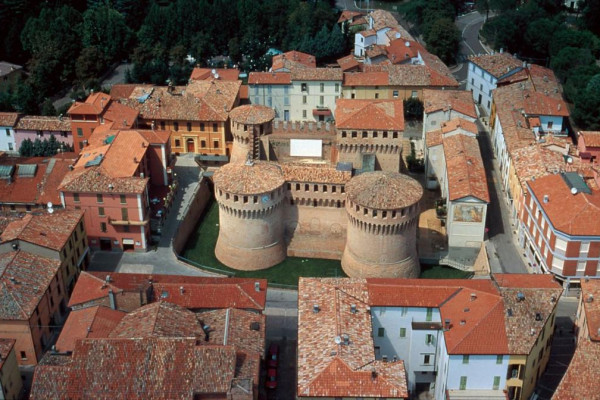 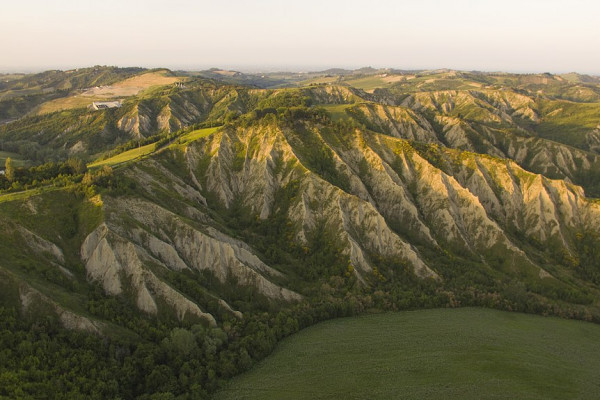 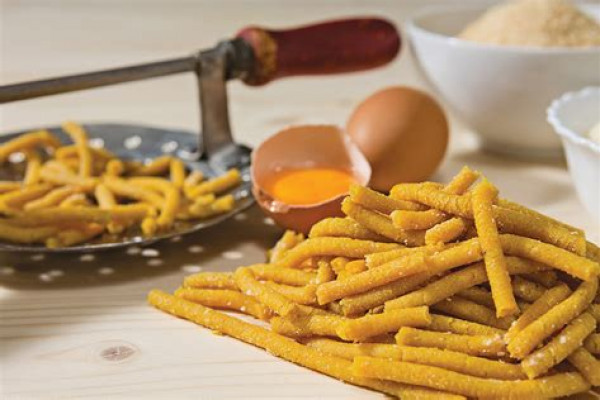 Immersed in the history of the valley outposts in the valleys between Riolo Terme and Sant’Arcangelo di Romagna, Italy - Pedal along the “Via Romagna cultural road”, between fortresses and castles enlivened by moments of well-being of the “Via delle Terme”, in the historic thermal waters of Riolo and Castrocaro.

Description of the itinerary: A rich and disputed land, over the centuries Emilia-Romagna has hosted the construction of numerous outposts to protect the valleys that served as an essential source of connection for trade and military. The Via Romagna connects them in an ideal way, with services dedicated to us cyclists. Explore them on your own at your own pace.

Route information: You will cycle mainly on low-traffic roads in a hilly area with frequent ups and downs, but with the help of pedal assisted bicycles.

Day 1: Individual arrival in Riolo Terme, the link between Emilia and Romagna. Overlooking the Rocca di Riolo, it begins to surround you with the historical atmosphere that will accompany you throughout the week. Before dinner, we recommend that you try your bike that awaits you at the hotel. ACCOMODATION: Grand Hotel Terme di Riolo **** or similar.

Day 2: RIOLO TERME - BRISIGHELLA - TERRA DEL SOLE | 50km | +723mt | The undulating friable hills of the Vena del Gesso Romagnola Regional Park divide you from Brisighella. But Brisighella is much more: one of the most beautiful villages in Italy, with its tower that stands out to protect the valley. Furthermore, its precious Extra Virgin Olive Oil and the ancient Via degli Asini. We recommend an exploratory walk before getting back on the saddle towards Castrocaro Terme and Terra del Sole, the latter ideal city built in 1564 by Cosimo de 'Medici as a fortified city and a splendid example of military and urban engineering of the Renaissance. In Castrocaro you can dedicate yourself to the well-being of the body by taking advantage of the welcoming thermal waters. ACCOMODATION: Grand Hotel Castrocaro **** or similar.

Day 3: TERRA DEL SOLE – BERTINORO – PREDAPPIO | 53 km | +622mt | A warm-up ride takes you to Bertinoro, a city of hospitality and vineyards of the famous Sangiovese. Classic example of a medieval village, due to its dominant position on the plain below, it has been assigned the nickname of balcony of Romagna. From here continue along the valley of the Rabbi River to Meldola where you will find La Rocca delle Caminate; a historic building located on the ridge, 300 meters above sea level. End the ride in Predappio. Probably of Roman origins, in ancient times it was a small village on the hills, which grew up around the medieval castle. We recommend a typical Romagna dinner in town. ACCOMODATION: Borgo Condè **** or similar.

Day 4: PREDAPPIO – BAGNO DI ROMAGNA | 48 km | +1100mt | It continues to gently climb the Apennine valleys until it touches the centuries-old beech woods in the National Park of the Casentinesi Forests, Monte Falterona and Campigna, a UNESCO heritage site. Filling your eyes with beauty, you reach Bagno di Romagna: temple of slow living. Here you will find the purity of the elements, the natural warmth of the thermal waters, the intensity of the flavors and the friendliness of a small mountain community. ACCOMODATION: Hotel Terme Bagno di Romagna **** or similar.

Day 5: BAGNO DI ROMAGNA – PENNABILLI | 48 km | +1032mt | Today it makes a change of valley and with it also a change of scenery. Landscapes dominated by an alternation of cultivated fields, woods, meadows, dotted with bell towers, clusters of houses, castle settlements, transhumance paths. Today's destination is Pennabilli, a small village in the center of a majestic natural amphitheater in the Alta Valmarecchia at 630 meters above sea level, overlooking the Marecchia river. ACCOMODATION: Hotel Duca di Montefeltro **** or similar.

Day 6: PENNABILLI – SANT’ARCANGELO DI ROMAGNA | 51 km | +1000mt | Although the road is mainly sloping towards the coast north of where you are, there are short and steep climbs that lead to discover other majestic villages with which this land is dotted. Do not miss San Leo, the wonderful capital of art, mentioned by Dante Alighieri in the Divine Comedy, is the hub of the historic region of Montefeltro and is the city that gave it its name. Subsequently, Montebello: a medieval castle that dominates the Riviera from above, a breathtaking view and a legend that is lost in the mists of time. End your ride in Sant’Arcangelo di Romagna. Lying on a soft hill, called Colle di Giove, the typical structure of the fortified medieval village that characterizes it is still well recognizable today. ACCOMODATION: Hotel Della Porta **** or similar.

Day 7: After breakfast, end of services. If you still want to climb you can extend your stay and continue to explore the numerous routes offered by the area.